I took my very first yoga retreat in 2014 and was totally enthralled by the beauty that comes from practicing multiple times a day over an extended weekend or even longer. Ever since, I have participated in at least one retreat per year. Many of them took place in rural Brandenburg, organized by friends or small independent teachers/collectives like Swanmountainyoga or Yellow Yoga. Others led me to beautiful places like Hannemo/Sweden, Lecce/Italy or – perhaps my highlight – to a renovated castle near Toulouse/France. Next to discovering new layers within my practice of yoga, these retreats have always also led to lots of shared laughter/stories/meals/walks and resulted in some new friendships.

Last year, I had the pleasure to finally host 2 retreats myself for the first time; and it was such a rewarding experience to hold and co-create space with the beautiful yogis that joined me. While it was, of course, a lot of work to lead these two retreats, I nevertheless returned with a similar feeling than from those in which I had participated myself: energized from the practices and routines we temporarily established & with much love for the little community we had become over the weekend.
This year COVID has cancelled all my retreat plans and I feel myself longing for that kind of community experiences. But for the time being I guess traveling down the memory lane will have to do: 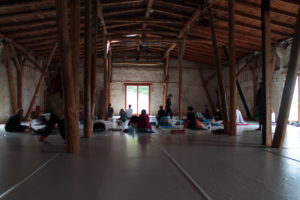 Yoga Shala at my first retreat in 2014 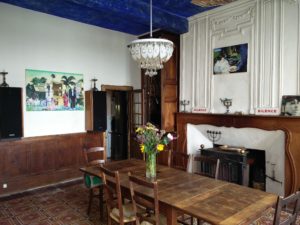 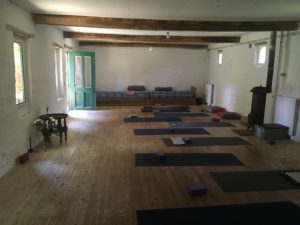 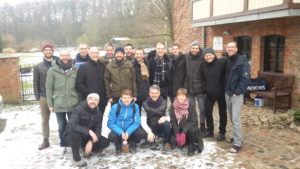